Maybe a year ago, maybe more, I was going through old photos and I stopped to look through the images taken while I was studying abroad. In 2009 I spent a semester in Northeastern Brazil, my first time really living in another country. I’d visited other countries before, but for a matter of weeks, not months. That time in Brazil truly facilitated personal growth; I left and came back a very different person. It was not all fun and happy memories, and I unfortunately didn’t maintain any long term connections with the people I met down there, unlike some of my classmates who are still very connected to their host families. It was at times a very trying experience, and I honestly felt very isolated and alone for much of the semester even though I was part of a program.

I was the only Black woman in a program with less than a handful of other people of color who were primarily men, one other Black person. The program staff were people of color, but again mostly men. The director was a Black American man–I would probably characterize him as an old-school Hotep, so… yeah. There were many times during those three months that I didn’t feel safe, and it’s not because Brazil is some scary foreign country. There were specific situations, some of which could’ve been avoided and others you’d never see coming.  I never felt like anyone had my back or that I could really trust anyone or really talk to anyone.

One of the worst situations was my host dad getting drunk on a random Saturday afternoon, and even though we were halfway through the semester, my Portuguese comprehension was no what it needed to be in order to completely understand the nuance of what he was saying. The gist of it was he got a little too comfortable, came in my room, and closed my door behind him in order to show me “something”. When he noticed my discomfort, he didn’t leave, instead he started telling me, and demonstrating, all the things he wouldn’t do to me– that he wouldn’t throw me in the bed, that he wouldn’t assault me, as if that should assuage my fear. My host mom wasn’t home and the kids were upstairs. I just had to wait for him to leave my room.

As soon as he did, I texted the only other Black person on the trip, who happened to be with the two other men of color, and they quickly showed up to get me. I’m thankful for their coming, and for their efforts to make me feel safe, but they genuinely couldn’t understand how I felt in that moment and I truly couldn’t talk to them about it. Especially because I just got away from a man, only to be surrounded by three other men, all of whom I’ve known for relatively the same amount of time. I wasn’t feeling particularly safe. I knew they didn’t understand how terrified I was, and that suspicion was confirmed when other people in my program casually came up and asked me what happened–they’d heard from one of the guys that I’d moved to a new host family, and they wanted to get the juicy gossip. It never dawned on them that I might not be okay, that I might not want everyone to know, that I certainly didn’t want to feel pressured to explain it anymore people than I already had, let alone 10 other people 10 different times.

But then we went to Bahia. Most of the program was in Fortaleza, which is a beautiful place, but there weren’t many dark skinned people, and it was clear I was generally perceived with suspicion. Either I had to be a sex worker, or a Baiana in the wrong city, or an African immigrant from Cape Verde or Mozambique (both of which speak Portuguese). Definitely not a student, definitely not American–because I wasn’t white. When we got to Bahia, a state with a concentration of Afro-Brazilians, I finally felt like I could take a deep breath. There were finally people who looked like me, who occupied an array of positions beyond just the marginalized or niche professions. I don’t want to reinforce the false notion of this being some racial paradise, it was far from it. Like any other country engaged in the slave trade with a sizable (although not majority) white population still in power, racism abounds. Colorism is particularly rampant and pernicious across Brazil, in ways that go much deeper than the brown paper bag test of the U.S. Deep South; there’s an entire caste system to it.

Regardless, these were racial politics that felt familiar. I remember getting to Cachoeira, BA and feeling like this was where I ought to have been all along, a feeling that was only strengthened once we arrived in Salvador a few days later. It’s been almost ten years since that semester and I still have an intense longing to go back, tenho muito saudades. Not just to visit for a vacation, but to stay for awhile. 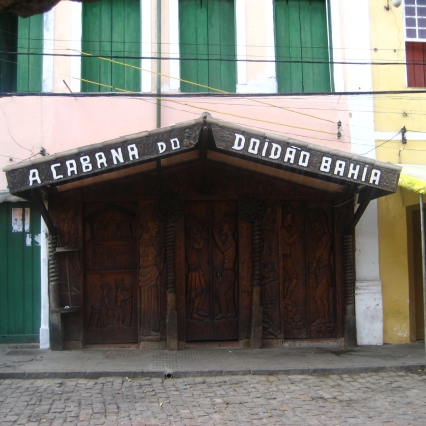 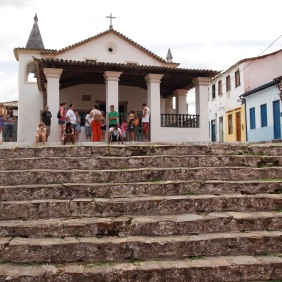 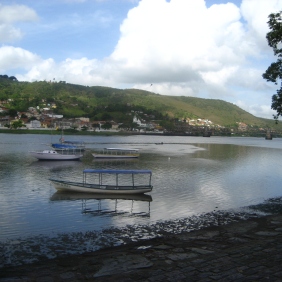 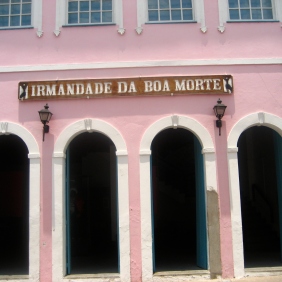 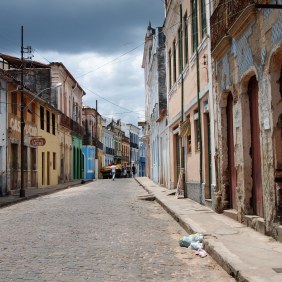 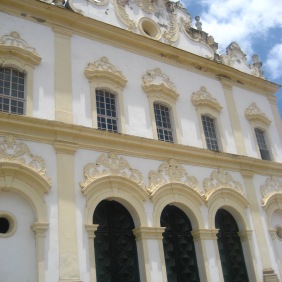 But to go back to my original train of thought, when I pulled up the pictures of Cachoeira, I was stunned at what I was looking at. I literally laughed out loud at the irony. Apparently, I was so enamored by the region–the architecture, the landscape, the culture–that I subconsciously looked for and found a version of it in the U.S. There were so many similarities from Cachoeira to New Orleans in the pictures I took, and even more as I recalled my actual experiences in both Cachoeira and Salvador.

We were only in Cachoeira a couple of days, and it was really quiet for the most part–the streets were empty, businesses were closed, etc. But on the day we left for Salvador they were just starting to celebrate…something (I can’t remember if it was a holiday or a festival or both), and everyone was telling us we needed to stay another couple of days to see what the community was like. I remember feeling so cheated, we finally got to a piece of Afro-Brazilian cultural activity, and we had to leave?! We did manage to catch the beginning of this one parade. Looking back it reminds of the truck parades and the smaller parades that roll through the quarter on Mardi Gras day–brass band and low-budget decorated flatbeds crowded with people.

It’s wild how your subconscious desires influence your conscious decisions. Undoubtedly, nothing happens without a reason. 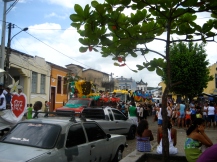 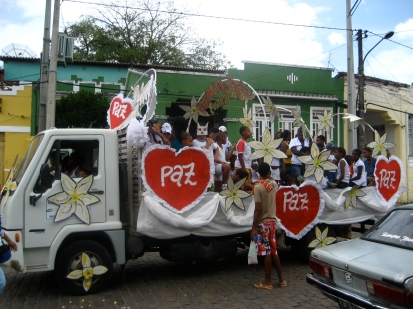 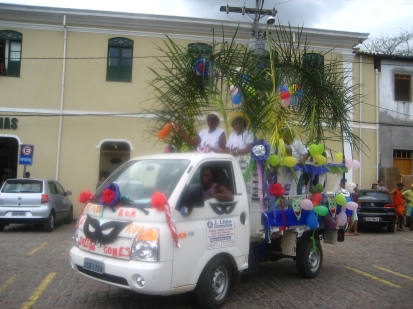