Last year E and I were invited to a wedding in Ontario, well E was in the wedding party so it was a must-do. Since plane tickets were looking kinda pricey, we decided to rent a car and go on a 3 week road trip through the country. Starting in New Orleans, we first drove to Destin to drop the puppy off with my parents. Then we made the nonstop drive north to Pittsburgh to stay with my sister a couple of nights. 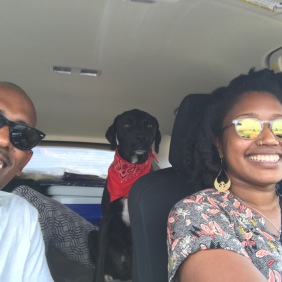 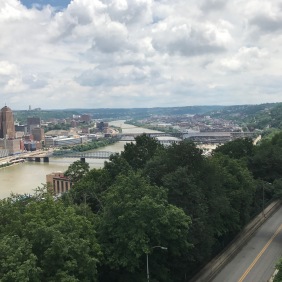 Then we drove up to see Niagara Falls (on the Canadian side) before getting to Ontario. This was both our first time seeing Niagara Falls and the only way I can describe it is beautifully disturbing–the amount of water that is constantly flowing is inconceivable. I can’t even begin to understand the impulse people had to try and ride the falls in barrels. I wouldn’t do it with today’s technology let alone when they were actually sitting themselves in regular ole barrels. 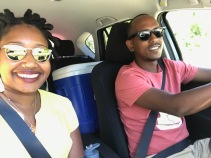 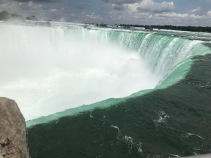 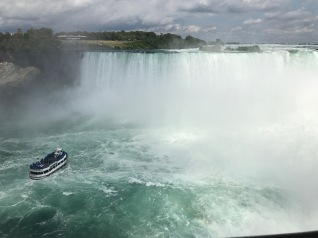 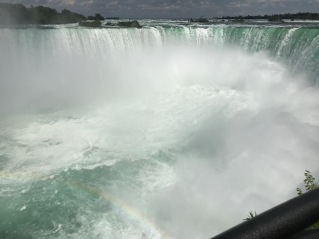 We spent about a week in Ontario for all the wedding fun and sightseeing. 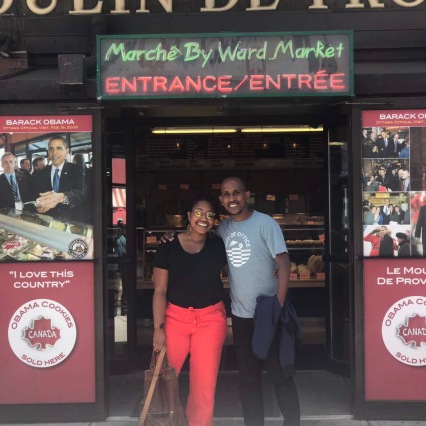 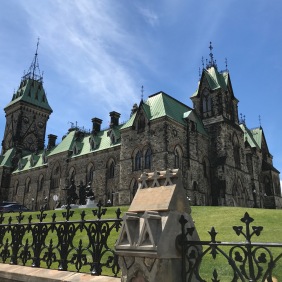 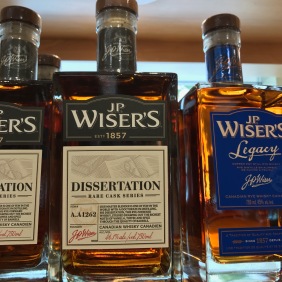 Thought this was funny then, even funnier now that I’m closer to my prospectus 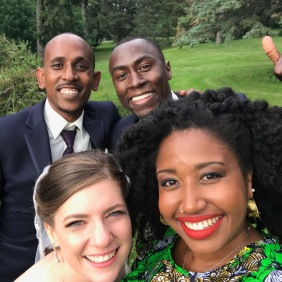 With the Bride & Groom

Then we made a bunch of detours our our way home, through a different route, of course! First stop was Montreal, QC for a couple of days. We went to Mount Royal, generally walked around, randomly participated in the filming of one of those absurd street scenario shows that are supposed to set you up to be tricked except ours was staged, and then we managed to get tickets to Aura Basilica, which they said was a “luminous experience,” and certainly was undersold for how amazing it was. We couldn’t take pictures of the actual show, but we got a few of installation in the 20 minutes before, which don’t do it justice. The promo video is below so you can get a taste of what the experience was like. 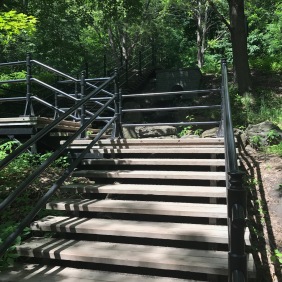 Steps up to Mont Royal

View from the top 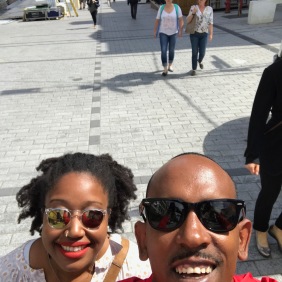 Inside of Notre Dame Basilica for Aura Basilica

Then we drove down through Plattsburgh, NY, which is where I went to elementary, middle, and a year of high school. We only stuck around for a couple of hours, literally driving down memory lane, before heading down to NYC, well New Jersey to spend the night with my best friend. On our way down I had to stop at a Stewart’s gas station to get some ice cream; this was my FAVORITE ice cream growing up, and I knew that my memories may be setting me up for disappointment, but I stopped anyway and got black raspberry ice cream. It was even better than I remember it!! 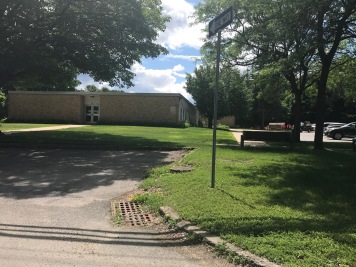 Nostalgia over the radio station I always listened to

The next morning we headed back to Pittsburgh to spend a four or five days with my sister again, only to find out they’d planned on going to Chicago. We spent a couple of days there, we treated them to Ethiopian food, got some sleep, went to an Indigo dying class, and then it was time to go.

The folds before the dip

Got creative with the binds 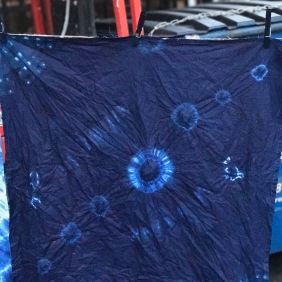 BUT, at the last minute we decided to go to Chicago too! We stopped in Oberlin, OH on the way to Chicago so E could see where I went to college. Unfortunately, we got there on a Sunday so everything was closed, bookstore included (summer hours in a small town). 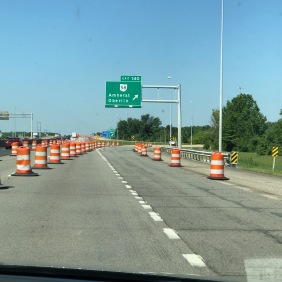 Got my Albino Squirrel @ Slow Train

Where I spent countless hours 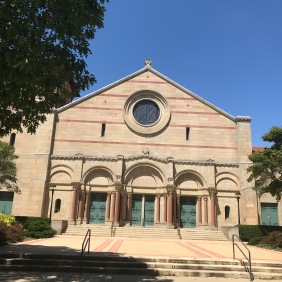 Then we continued on to Chicago, staying one night with another of my best friends/former college roommate, for a long overdue catch up and introduction to her daughter. The next day we took an architectural boat tour Chicago, got some delicious deep dish pizza at Lou Malnati’s, and spent the night at a Kimpton hotel on an awesome last minute deal. 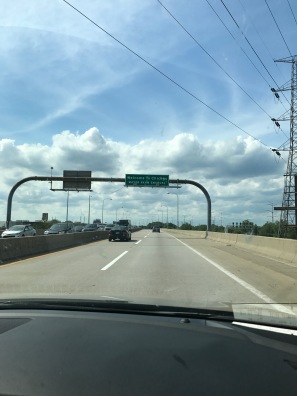 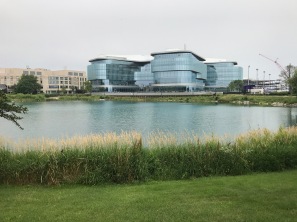 Ready for the boat tour 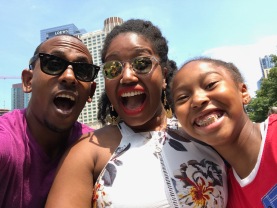 Niece is excited too! 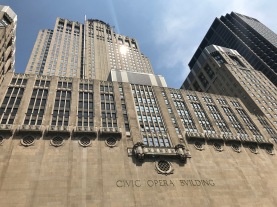 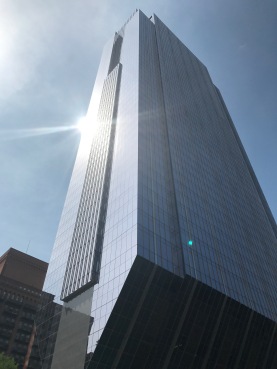 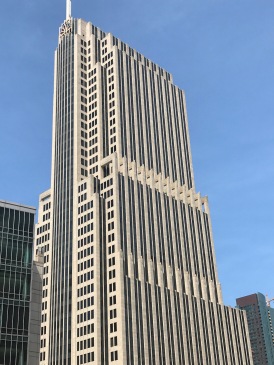 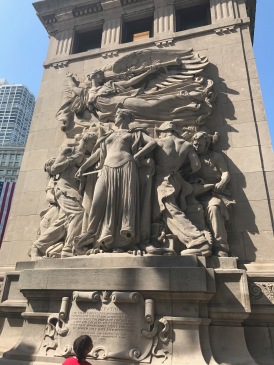 The river at night

The next day, July 4th, we left out early and made the long drive back to Destin. We crossed the mid-bay bridge just as fireworks were going off. Perfect timing!